​Harper And Love are Co Champs at Dancing Rabbit!

Jacob Harper and Sam Love are the 2021 Co Champions of the Emerald Coast Tour event at Dancing Rabbit. Harper led from the start with a opening 68 and followed that with a 68-69- 205 total.

Love started with a 70- and then fired a 68-67-205 to tie Harper for the Title. They would both be declared the Co Champions. Jimmy Beck of Columbus GA finished third one stroke back at 206.

Ross Bell of Madison MS was fourth at 211. The Course was played on the Azalea and the Oaks Course.

Harper is the tours leading money winner as this was his second win in a row.

The Pro Am was won by Sam Love Fred Simmons and Rick Mincey. 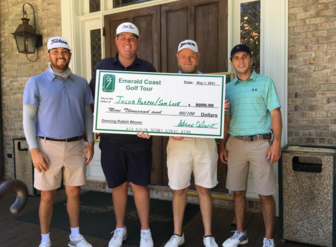 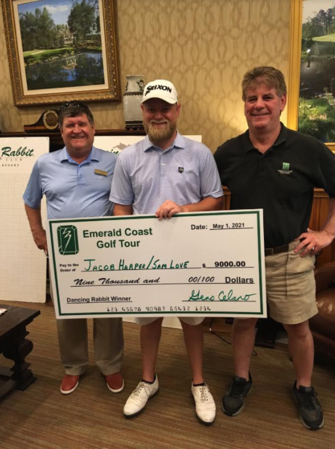