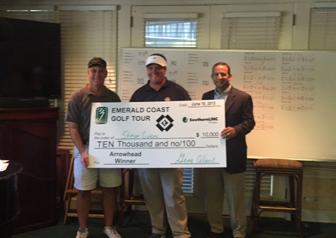 Steve Cutler likes the Arrowhead Country Club golf course. His victory in the Montgomery Summer Championship is his second in the last three years. His previous win earned him $9000. This year his victory was worth $10,000. Cutler who is from Montgomery is the head professional at Wynn Lakes Golf and Country Club. His 69-66-68- 203 ten under par was good for a three shot win over Reid Edstrom and Hunter Hawkins and Amateur Alex Tull as all finished at 206. Brandon Godwin of Montgomery and Zack Portemont of Andalusia  AL tied for fourth at 207. There was a three way tie for 6th with Thomas Sutton and Wilson McDonald and Kyle Sapp. Sapp was last week’s winner in Anniston and started the day one stroke back of Cutler. He was still one back at the turn but a triple bogey on 13 eliminated him from the championship.

There were two teams that were declared the Co Pro AM team Champions at 119. Zack Portemont and Bill Kennedy and Smokie Rigdon and Ken Wood.

The other Team was Dillon Klein George Toumbacaris , Ken Heitcamp and Bill Stevenson.

Special thanks to our tournament Sponsors Capitol Container, Baptist Health, Bama Bud, Southern Linc, Texas Roadhouse, McDonalds, AREA, Pepsi and Carrabba’s. Also thanks to the entire Arrowhead staff for hosting the event as the course was in great shape. 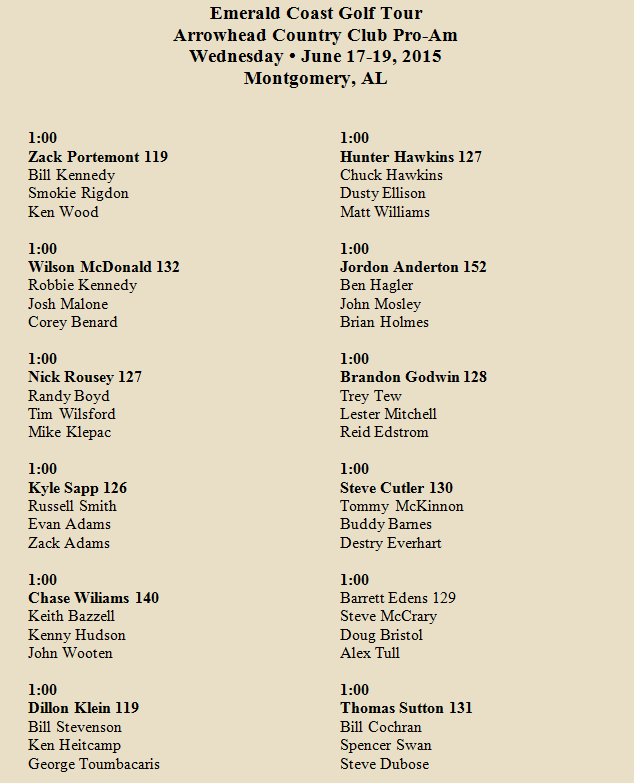