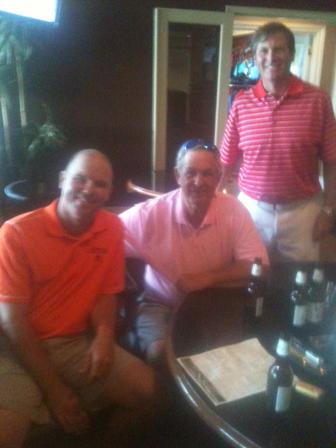 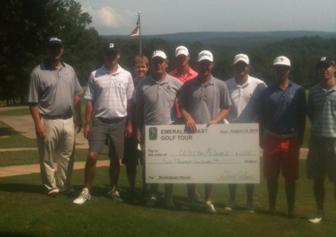 ​​​Wilson McDonald won his first event of the year last week in Eufaula AL. He didn’t wait long to get his second victory as backed it up at Pine Tree in Birmingham. McDonald who is currently living in Birmingham is also former U A B player. His victory moved him to second on the tour money list. McDonald shot rounds of 72-69-70-211 to collect $6600 and win the Pine Tree classic by one shot over Bobby Wyatt. Wyatt rallied after a opening round 76, came back with a 67-69 to finish one stroke back at 212. Wyatt and McDonald are great friends as both grew up in Mobile. Blake Kelley of Mandeville AL  who was playing in his first Emerald Coast tour event finished third at 213. Nick Rousey finished fourth at 215. Rousey was tied with McDonald starting the final round but had a final round 74. There was a three way tie for fifth at 216. That group included Glenn Northcutt, Mason Seaborn and Grant Goforth. Goforth had the low round on the last day with a 68. Dillon Kien and Jacob Harper who won our Brewton event a few weeks ago tied for 8th.

The Pro Am team was won by Nick Rousey Blake Kelly, Steve Singler and Randy Meeks.

Thanks to Paul Whitman and the entire staff at Pine Tree for their great hospitality. The course was in great shape.

Also much thanks to David Galbaugh with the Birmingham Sports Commission and Benchmark Dodge and Jeep for their sponsorship and support.

McDonald Wins Back to Back!!!