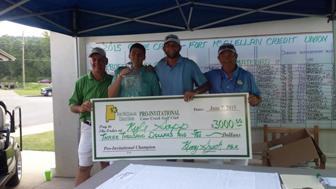 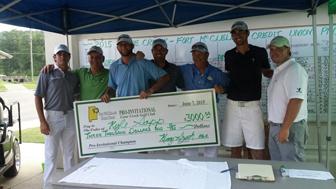 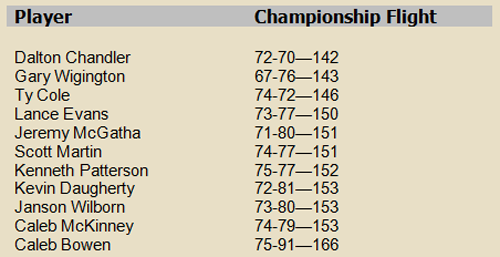 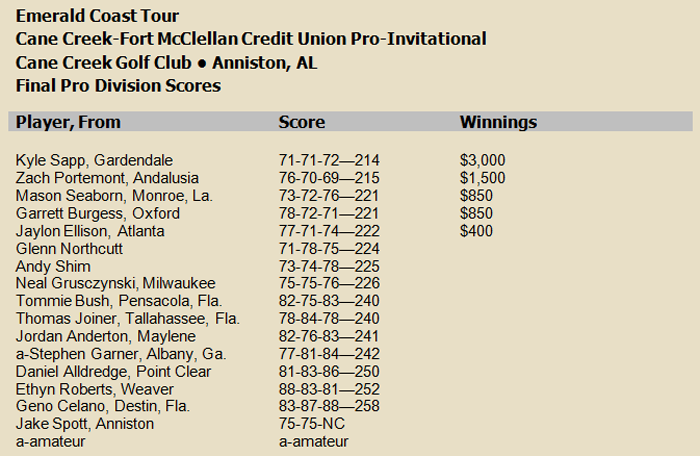 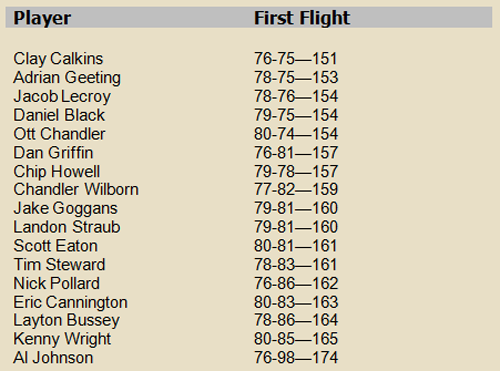 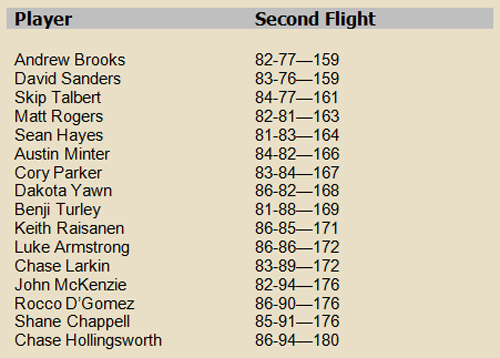 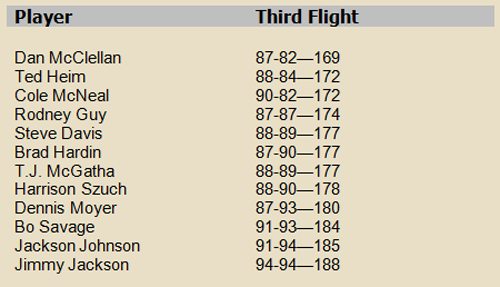 Kyle Sapp feels right at home at the Cane Creek golf club. His 71-71-72-214 was just good enough to hold off Zack Portemont. After opening with a 76 Portemont came back with rounds of 70-69 to finish second one stroke back. The tournament got very close as Sapp had to make a 15 footer on the last hole to hold off Portemont and claim the Anniston Cane Creek Pro Invitational. Sapp started the day with a 3 shot lead over Mason Seaborn but struggled on the front nine with a 2 over 38. He came back with birdies on 14 15 and 16 but a bogie on 17 opened the door. A great putt on the last hole sealed Sapps second Cane Creek title.

Mason Seaborn and last years winner Garrett Burgess finished tied for third at 221. Jaylon Ellison from Anniston earned his first professional check as he finished at 222.

The low amateur was Dalton Chandler with a two under score of 142. Chandler also won the playoff of all the flight winners.

Thanks to Kenny Szuch and the entire staff for hosting a great event and for the wonderful hospitality they provided to all the players. Also much thanks to our Title sponsor Ft McClellan Credit Union and Kevin Ford and his staff for their support of the tournament. 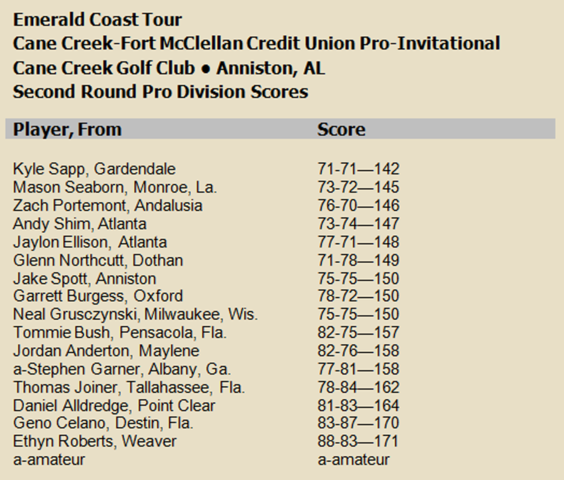 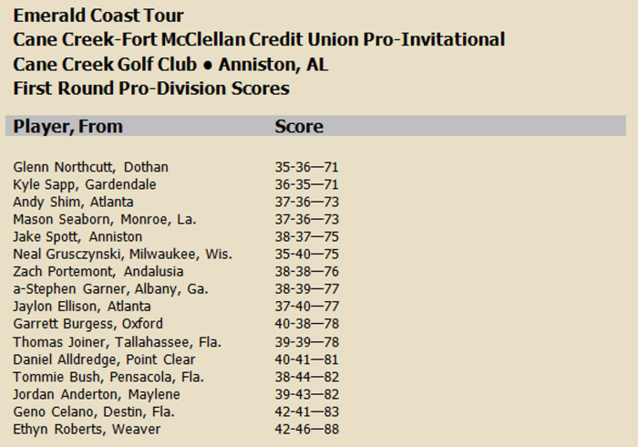