Nick Rousey had to work hard to win the Panama City Beach Bash for the second year in a row. His final round 68 which included a back nine 32 was just good enough to squeak out a victory in the final event of the spring and summer series tour. He had rounds of 71-67 and 68 to finish at 206 and . Rousey started the final round 3 strokes behind Scott Strohmeyer who had the 36 hole lead at 135.  Strohmeyer had a final round 72 to finish at 207. Strohmeyer had a putt on the last hole to tie Rousey but just missed to force a playoff. Chase Seiffert was also in the mix going into the final round as he started three strokes behind Strohmeyer as well. He also had a opportunity to get in the playoff on the last hole as he had a eagle putt to tie Rousey but just missed and also finished at 2017. Seiffert is a former Florida State golfer and plays at Holiday Golf Club. Zack Sucher who played on the PGA Tour this year finished fourth at 212. Wilson McDonald was fifth at 213.

The Pro Am was won by Nick Rousey Michael Smith and Randy Meeks.

Thanks to Jimbo Carlisle and everyone at Holiday for their hospitality.

Also Much tanks to Richard Sanders from the CVB  in Panama City  for his support of the tour!!! 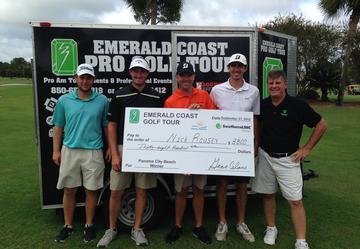 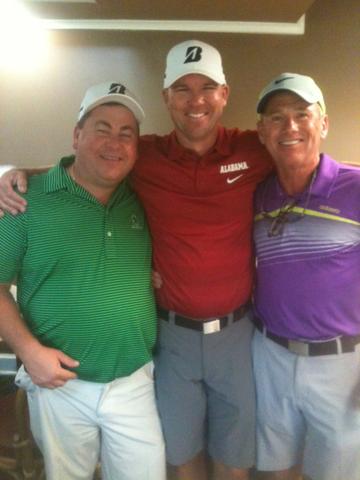 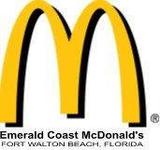