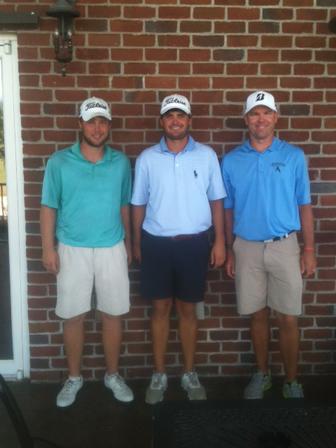 ​​​Nick Rousey shot a final round 63 to come back and win the Perdido Bay event. Rousey opened with a 76 and came back with a 67 in the second round. His final round included 4 birdies on the front for a 32 and five birdies on the back for a 31 that include four straight birdies coming in. Rousey plays at Perdido and is the tours leading money winner. Wilson McDonald finished second after leading the first two days. McDonald had rounds of 68-68 and a final round 71 to finish one stroke back. It looked like McDonald was in control after shooting a 31 on the front nine but a back nine 40 which included a triple bogie on 15 seemed to be the difference in the tournament. McDonald is second on the tour money list. Bobby Wyatt from Mobile AL finished third at 210.​

Rousey Comes Back to Win at Perdido Bay!!!