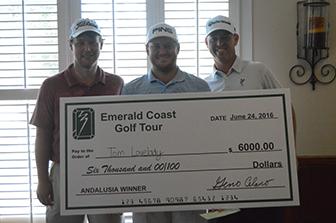 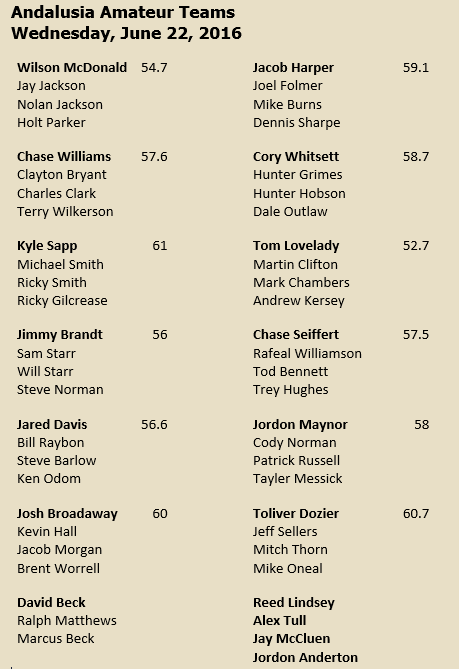 Tom Lovelady opened with a first round 63 in the Andalusia pro Am Classic and never looked back. He followed that up with a 68 and a final round 67-198 to win his first professional event. This was his first event on the Emerald Coast Golf Tour. Lovelady had just played the week before in the Web.com tour event. The former University of Alabama golfer led by three strokes going into the final round over Wilson McDonald and Josh Broadaway and Jacob Harper. Lovelady was cruzing along after a front nine 30. Wilson McDonald was also charging as he had a 31 on the front nine. Lovelady bogied 11 and 16 and McDonald got within one going into 16 as did Broadaway who was putting on a charge on the back nine. A birdie on 17 gave Lovelady the cushen he needed going into the final hole. Lovelady won $6000 for the event. Jay McLuen finished fourth  at 201 after a final round 64. Jacob Harper was 6th at 203. Chase Seifert was sixth at 204. Chase Wiliams was 7th at 207.

Thanks to the sponsors and Andalusia Country club for a great event.