Will Cannon Wins in Brewton in Playoff!!!

Will Cannon who was playing in his first Emerald Coast Tour event pick up his first professional victory in the Emerald Coast Tour Brewton event. His final round 65 which included a 31 on the back nine, gave him a 13 under par 203 to take the lead in the clubhouse. Blake Kelley was also hot on the final round and had a final round 65 to tie Cannon and force a playoff. Cannon would birdie the first hole to claim the victory in Brewton. Cannon just finished school at the University of Alabama Birmingham. Kelley who won earlier in the year in the winter series and also in Mobile Classic had a chance to win on the final hole but just missed his birdie. Jay McLuen of Forsyth Ga was the second round leader after opening up with a 71-65, had a final round 68 to finish third and just miss the playoff. Jimmy Brandt who is the Emerald Coast Tour leading money leader finished fourth at 206.

There was two teams that tied for first in the Pro Am at 126. Chase Williams Jack Slocum Jimmy White and Danny Nowell. The other team was Wilson McDonald, Joel Folmar, R P Phiilips and Mike Scott.

Thanks to Longleaf Energy for their sponsorship and the Country Club of Brewton for hosting the event. The course was in great shape.

Next up is the Dothan National. 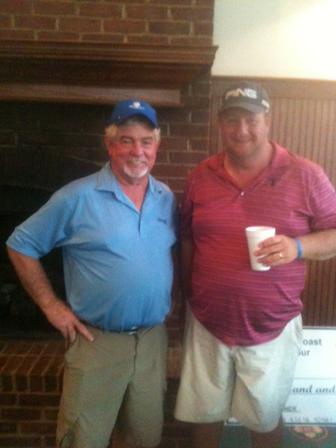 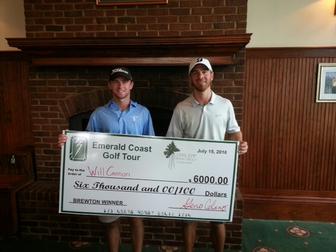