Josh Broadway had a little home cooking in the Emerald Coast  Tiur event this week. His 10 under par 206 was good enough to win the Wiregrass Construction Dothan Championship. Broadaway who lives in Dothan was the first round leader with a 68. He started the final round one stroke back of Tyler Ledet of Lafayette LA. The last round was quite a shootout as several players were in the mix. Ledet had a final round 70 to finish in a thre way tie for second at 208. He tied with Tom Lovelady of Birmingham and last years winner Nick Rousey. All three would win $2000 each. Broadaway’s final round 67 overtook Ledet and had to fight off Lovelady and Rousey to win the event. The win is the second of the year for Broadaway who won at Stonebrook in the winter series earlier in the year.

The Pro Am was won by Tom Lovelady and Steve Scott, J R Dean and Mack Tomley.

Thanks to Wiregrass Construction and the Dothan CV B for their support of the event. 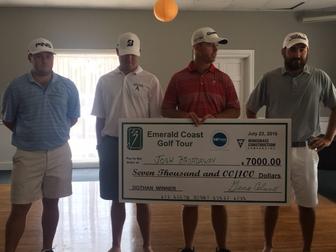 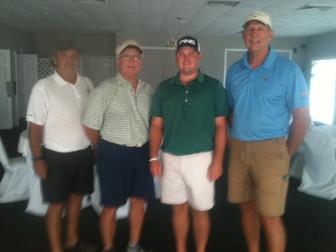