Cam Norman who was playing is his first Emerald Coast Tour event, set the Emerald Coast Tour 36 hole and 54 hole scoring record. His victory in the Andalusia pro Classic was his first professional win. His rounds of 64-62-65-191 is the all time 54 hole scoring record on the tour. Norman who just finished school at Troy is from Greenville AL and was playing in his first professional event. Brooks Rabren who is from Andalusia  finished second in the event at 196 after a final round 61. The 61 also tied a EGGT record for lowest 18 hole round. Joe Hamorski and Steve Ford had previously shared the record. Rabren is a junior to be at South Alabama.  Jared Bettcher of Auburn AL was next at 198 after rounds of 69-64-65. Bettcher is also a recent graduate of Troy University. Zach Portemont who is also from Andalusia and a former Troy graduate fished fourth at 201. Right behind him at 204 was Jake Tucker another former Troy player who recently won the Dothan Pro Classic and is now the leading money winner on the tour.

The pro Am was won by Brooks Rabren, Stephen Saunders, Nick Chapman and Hunter Hobson.

Mother Nature was a factor the first two days but we were glad to get the event in as the course held up well to all the rain it received.

Thanks to the Andalusia Country Club for hosting the event. Also much thanks to the City of Andalusia and J. M Jackson and Massey Automotive for their support of the event. 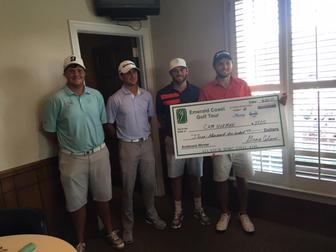 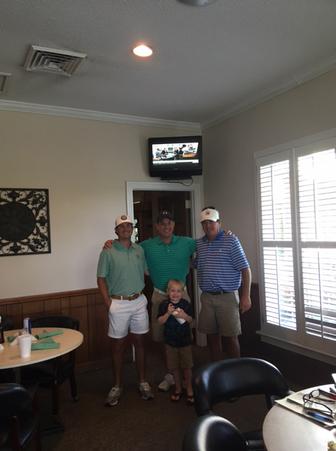