Dalton Chandler of Anniston Al shot a final round 69 to finish at 12 under par for three days and win the Cane Creek Pro invitational Amateur Division.  He just edged out Gary Wiggington by one shot as Wiggington finished at 11 under 205. Jared Davis won the pro division and his first career pro victory. Davis who is from Tifton GA. won in a playoff over Alex Tull who was attempting to claim his first victory as well. Davis parred the second hole to get the win. Davis and Tull were tied at 207 after regulation play. Davis picked up $2500 for the win and an additional $500 bonus for winning with the Oncore golf Ball.

Forest Knight finished third at 211 after a final round 63 which was a Cane creek course record. Knight had just won the Alabama Open last week with a final round 61. Brady Hollenbacher and Kyle Sapp tied for 4th  at 212. Sapp started the final round in the lead for the professionals but had a final round 75.

It was a great event and Thanks to my buddy Kenny Szuch for putting on a great event. Also much thanks to the Ft McClellan Credit Union. 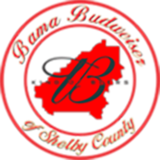 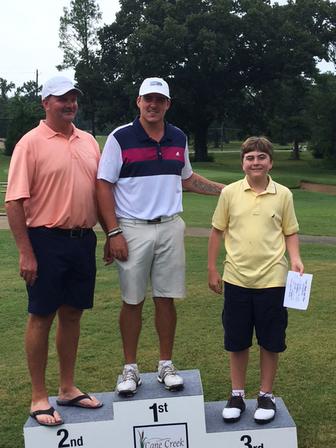 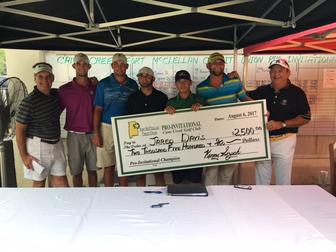 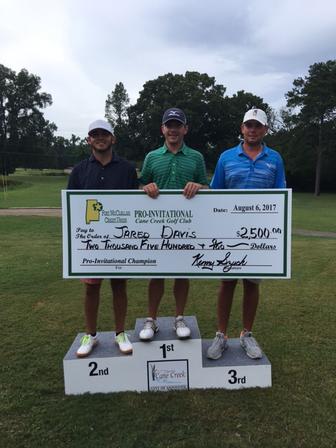