Neil Gannaway started the final round tied for the lead with Forrest Knight at five under 139. After a front nine 34 he had a two shot lead over Brady Hollenbacher who started the day one shot back. Gannaway would make 4 birdies on the back nine for a 66 to finish 11 under for the tournament and a 4 shot win over Hollenbacher.  Jared Bettcher had a final round 68 to finish third at 6 under 210. Jared Davis had rounds of 76-65-70 to finish fourth at 211. Davis won last  weeks event in Anniston.

Ganaway who is from Birmingham,played football for Tennessee Tech captured his first professional win.

The pro Am was won by Forrest Knight David Galbaugh, Eric Howle, and Michael Restifo. 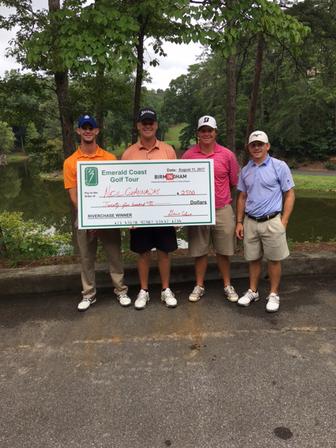