Jake Tucker got his his first professional win in the Dothan Wiregrass Pro event. He went wire to wire as he opened with a 67 and followed that up with a 70 70 to finish at 207. It was just good enough to beat Chase Seiffert who would finish at 208 after a final round 68.  It was the second week in a row that Seiffert would come in second.  It was a battle all day between the two and it came down to two late birdies by Tucker on 16 and 17 that was the difference. Tucker who is a former Troy golfer recieved $6000 for the win. Glenn Northcut of Dothan Al had a final round 68 to finish in a tie for third at 212 with Wilson McDonald. Jacob Harper and Jesse Hutchins ties for 5th at 213.

The Pro Am was won by Cory Whitsett and Jamie and Christopher Owens and Matt Steele of Wiregrass Construction.

Much Thanks to Wiregrass Construction for their support of the event. Also to Matt Rivers at Dothan Nationl for hosting the event. Look for bigger things on this event for next year.​ 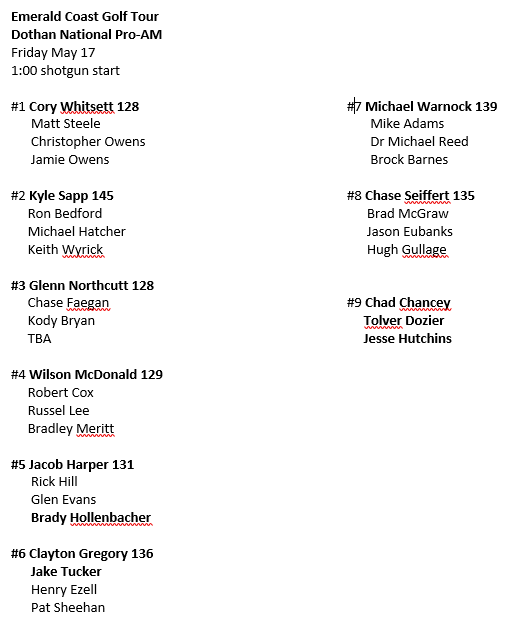 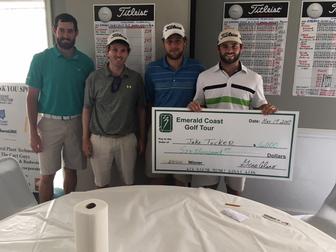 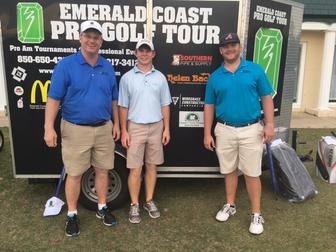 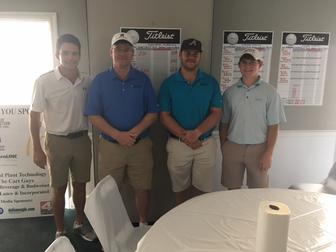