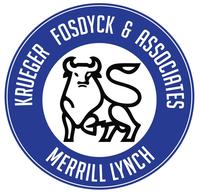 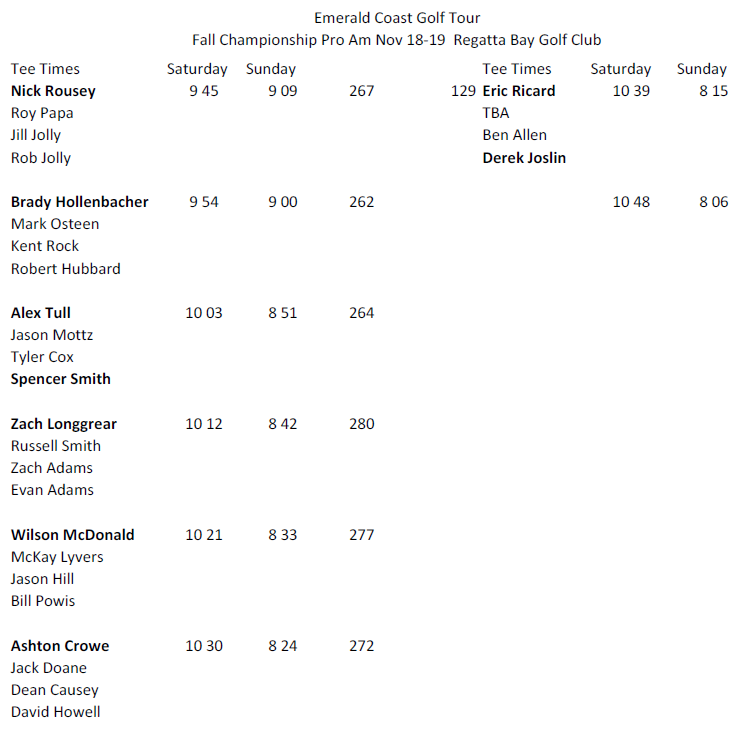 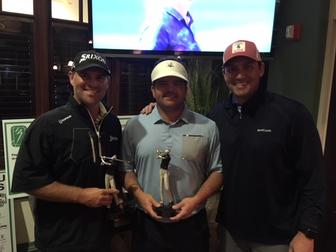 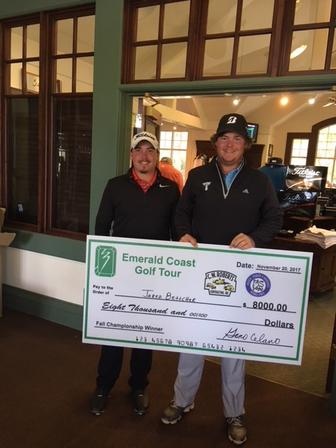 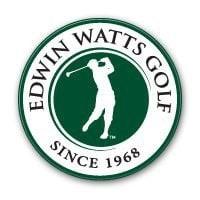 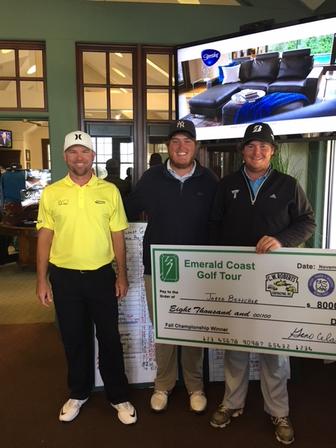 It was a great week for Jared Bettcher in Destin. The annual Fall Championship Pro Am always starts with a one day event before the Championship for the pros that come in early for the event. This year Bettcher was a co champion with Will Dottley as they both shot 69 at Santa Rosa Beach Club. Bettcher.  It was his first victory on the tour.  His second victory would be at Regatta Bay in the Emerald Coast Tour Fall Championship Pro Am. Bettcher had a first round 71 and was four back of the leader Jack Tucker who had a 67. The second day the weather was much tougher as there was some very cold and windy conditions. As most scores were going up, Bettcher fired a 65 which was the round of the weekend considering the weather. His 65 put him in the lead going in the final round by one stroke over Nick Rousey who had 69-68-137.

The final round got very interesting as 4 players got in the hunt on the backside. Bettcher shot 34 on the front and Rousey had a 33 as they were now tied. Jacob Harper was mounting a charge of his own as he shot a 31 on the front and was now one back. Going into 17 Rousey and Bettcher were tied and Harper was two behind. Rousey made birdie to take a one shot lead heading into the final hole. On the final hole they all hit good drives. Harper laid up on the par 5 but Bettcher and Rousey went for the green in two. Bettcher hit it in the greenside bunker but it was buried and made a par. Rousey hit it in the water twice and ended up with a 8. This would give Bettcher the victory and his first Fall Championship. He would finish at 204 and collect $800 for the win. Henry Westmoreland who is a amateur would finish at 205 after a final round 65. He is a just finishing school at West Florida University. Harper and Rousey would finish at 206. Erik Ricard was next at 211.

The Pro Am was won by  Cody O’ Toole and Michael Smith Lynn Wheatley and Pat Downing. Thanks to Cody Fosdyck at Merrill Lynch sponsoring the Pro Sponsor shootout.

Thanks to Mike Giammaresi at Regatta Bay for hosting the event as the course was in great shape.