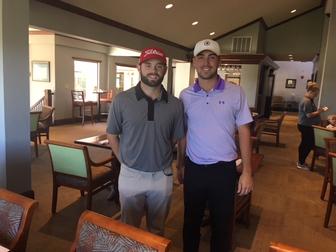 Eric Ricard is the winner of the first event of the winter tour season at Tiger Point. The Shreveport resident was playing in his first Emerald Coast Pro Golf Tour. His 71-73-144 was good for a 3 shot win over Jake Tucker. Tucker who won the Dothan Classic earlier this year,is third on the money list for the year. Tucker had rounds of 76-71-147.

Ricard had a great opening round 71 despite two double bogies on two par 5’s. This was a great score as there was very windy conditions the first day. His final round 73  was also a good score on another windy day.

Next up Santa Rosa Beach Club.