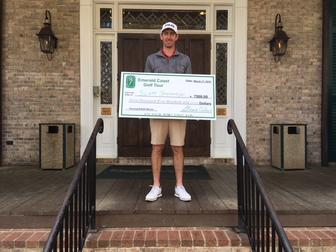 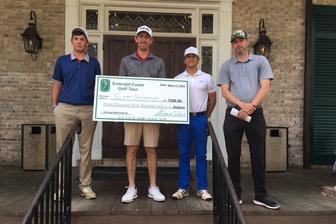 Scott Strohmeyer wins the Emerald Coast Golf Tour event at Dancing Rabbit Golf Club in Choctaw MS. His opening round 72 on the Azaleas course and final round 69-141 was good for a two shot win over Jacob Harper. Harper had rounds of 72-71-143. The tournament was shortened to 36 holes as the second round was rained out. Strohmeyer, who had a fourth place finish in the Jackson MS tour event last fall, has numerous wins on the Emerald Coast Tour. It was a good win as the conditions were tough the first day with wind and wet conditions. Jay McLuen finished third at 146 after a final round 71. Forest Knight finished in a tie for fourth at 147 with Nick Cortez who made his first Emerald Coast tour check.