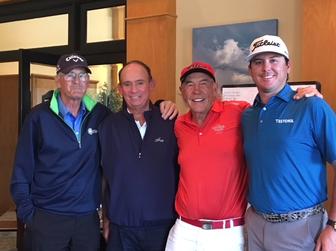 Sam Love went low early with a first round 66 to take a two shot lead over David Morland. His second round 74 put him 4 under for the tournament and gave him a one shot lead heading into the final round over Jacob Harper who had 66 in the second round. Love would was solid in the final round with a 69-209 to win the Silver Slipper Pro event by two strokes over Harper who had a final round 70 and David Morland who closed with a 67 to finish at 211. Love and Harper both shot 2 under on the front and stayed close all day. Harper just couldn’t make enough birdies to catch Love as he was steady all day. Will Dottley was fourth as he finished at 215. Blaise Wilson and Glenn Northcutt tied for fifth at even par 216.  The Pro Am was won by Wade Binfield , John Hicks, Henry Lee and Mike Davis.

I would like to thank Chris Altese and Maury Hodgens for their help at the course. The Diamondhead Pines course was in fantastic shape.

A special thanks to Baxter  and Big John  for their support of this event and the Pro Am which was a huge success. The players had a fantastic week and some awesome food each night. 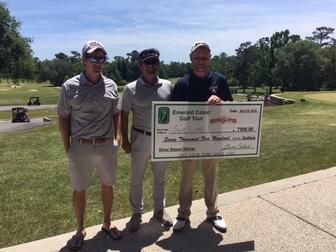 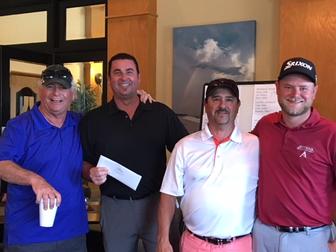