The Auburn resident was third on the money list last season and is a former Troy St Trojan  golfer. Will Dottley of Jackson MS finished second after rounds of 70-70-73-213. Jacob Harper  of Valley AL was one back at 214. Cam Norman of Greenville AL finished fourth at 214. The course was in great shape for the event. 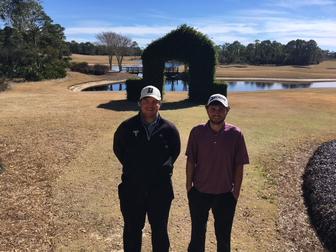