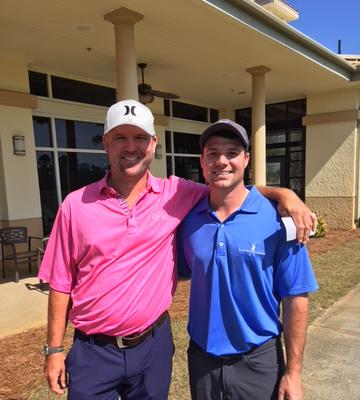 Together they shot a 58 in a scramble format the first day and took the lead with a 6 under 30 in the 9 hole Modified/Alternate shot format. Their last day 63 in the Best Ball  format gave them a five shot win over Doug Barron and Clayton Gregory. Barron and Gregory led after the first round with a 57. The Memphis duo struggled in the Modified/Alternate shot, but played well in the best ball competition with a 63. Cam Norman and Jake Tucker finished third.