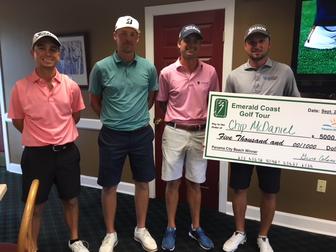 Chip McDaniel was solid all weekend. His rounds of 66-66-68-200 was good for a 6 shot win. McDaniel who is from Richmond KY was playing in his first Emerald Coast Tour event. Fredrick Linblom who live in Lagrange GA and is originally from Sweden finished second after a final round 67 put him at 206. Wehman Hopke of Austin Tx tied for third at 208 with Bobby Wyatt of Mobile AL. Wyatt had the low round of the final day with a 66.

The Pro Am was won by Kyle Sapp and Lucas Cross, Russ Waldrop and Bill Miles.

Much Thanks to Brad Carroll at Holiday for hosting the event. A special thanks to the Panama City Convention Bureau for being the sponsor of the event. 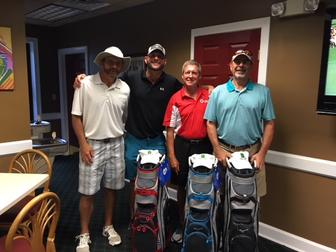 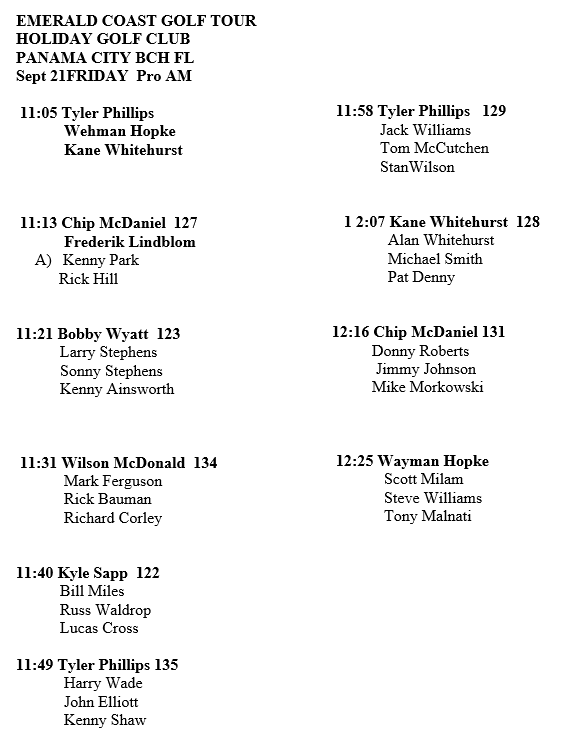 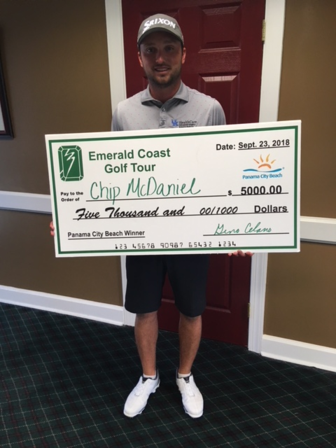