Zack Pritchett won his second event this year on The Emerald Coast Golf Tour. It wasn’t easy as it took him 4 holes to win in a playoff over Jake Tucker. Tucker started the final round with a two shot lead over Pritchett and Jacob Sherlin after a second round 64. His lead was down to one at the turn. On the back nine Pritchett  took a one shot lead heading into the final hole. He would make birdie but Tucker made eagle to force the playoff.

Pritchett made his this birdie of the playoff to win.

Jacob Sherlin and Blaise Wilson tied for third at 206.

Brandon Godwin was fifth at 209.

Pritchett’s victory was his second of the year on the tour. The pro Am was won by Joe Stepnes. Kim Jackson John Livings and Tom James.

Thanks to Arrowhead for hosting the event.

The course was in great shape. 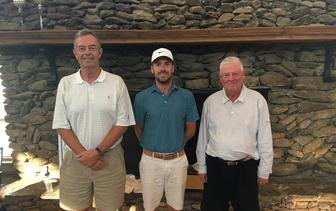 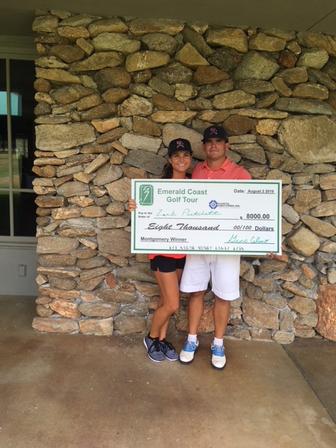 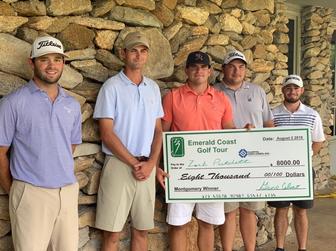