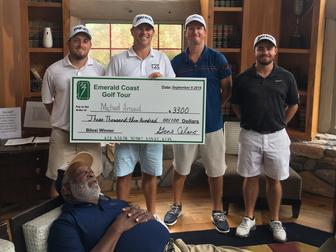 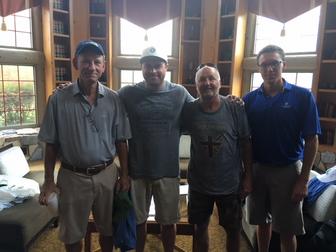 Michael Arnaud was red hot in the first round shooting a 64. He stayed solid the next day with a 69 and posted a 65 in the final round. He would end up with a seven shot victory in the Emerald Coast Tour event at Grand Bear. Arnaud who is from Mandeville LA has been playing on the Korn Ferry Tour this year and had a great week posting his first victory on the Emerald Coast Tour this year. Brian Rowell of Broussard LA had a final round 66 to tie for second with Steven Setterstrom at 205. Stephen Shepard finished fourth at 206. The course at Grand Bear was in fantastic shape for the event. The Pro Am was won by Dana Amberson, Brian Askew, Nick Starks and Blaise Wilson.