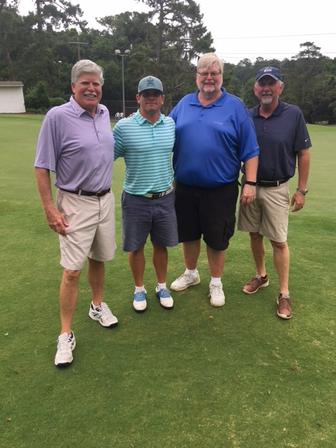 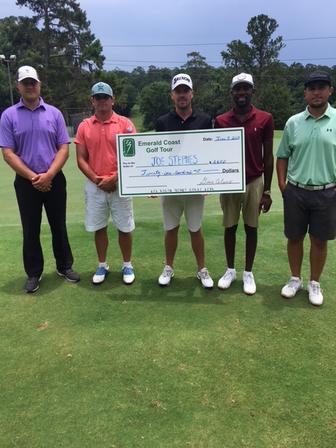 Joe Stepnes won his first professional tournament in the Emerald Coast Tour event at Capital City Country Club in Tallahassee FL. Stepnes had rounds of 68-66-71-205 to win the event. Stepnes who is from Pensacola FL but currently living in Jacksonville won by two strokes over Kamaiu Johnson who finished at 207. Stepnes was the leader each day  had a two shot lead going into the last hole over Johnson. Johnson made it close as he had a eagle putt on the last hole but ended up making par. Stepnes had to get it up and down for par for the two shot victory. Zack Pritchett finished third at 209. Pritchett had rounds of 73-62 74. His 62 in the second round tied a course record at Capital City.

The Pro Am was won by Zack Pritchett and John Callaway and Matt Gilbert and Matt Ryan. 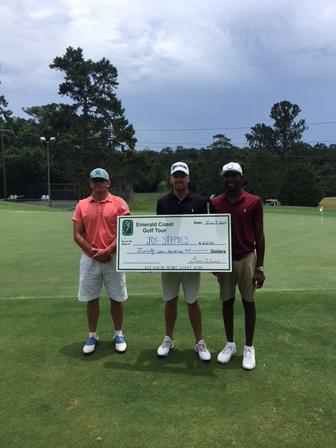