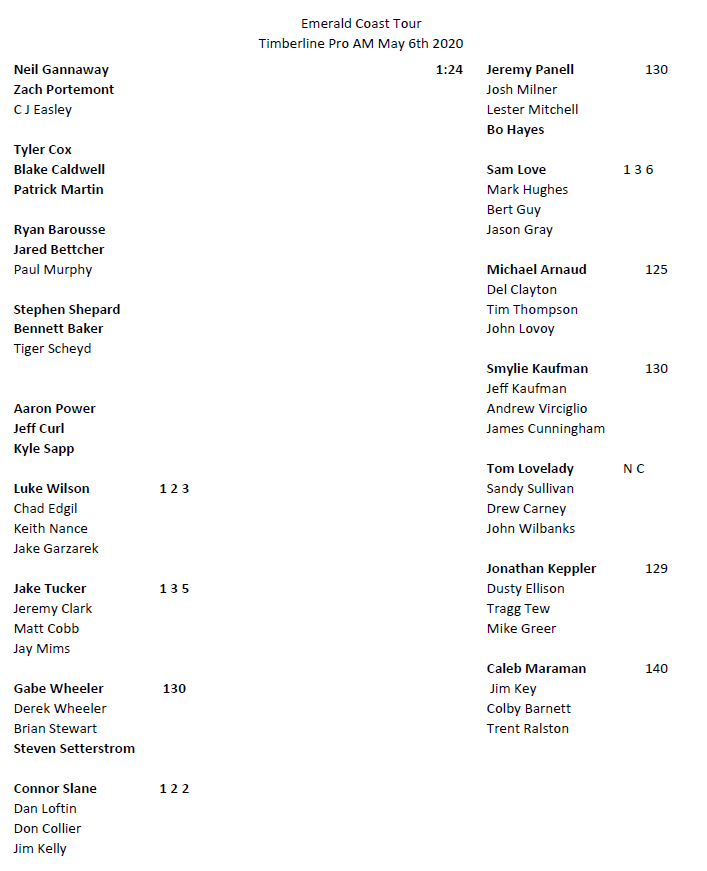 Setterstrom comes back to win at Timberline!!!

Steven Setterstrom came from 5 strokes behind to win the Emerald Coast Tour event at Timberline in Calera AL It was his second win on the Emerald Coast Golf Tour for the former University of Alabama golfer. His final round 65 put him at 6 under for the tournament at 207.Jared Bettcher Jeff Curl and Sam Love shared the second round lead going into the final round. After a final round 71 Curl would finish second along with Jake Tucker one stroke back at 208. Sam Love finished fourth after a final round 72 and was at 209. Michael Arnaud and Blake Caldwell tied for 5th at 211.

The Pro Am was won by Conner Slane Dan Loftin, Don Collier and Jim Kelly. Much thanks to Joe Kruse and the entire Timberline staff for  their help and support of the event.

Next Up is Regatta Bay in Destin 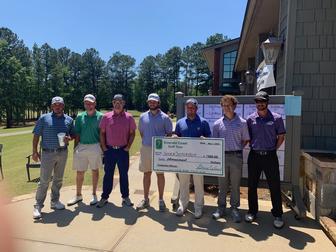 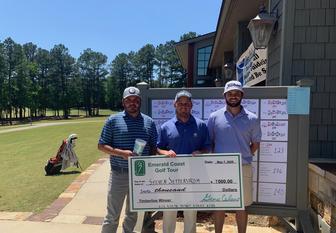 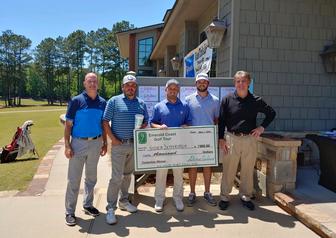 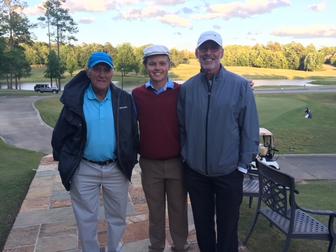