Wilson and Harper are Co-Champions at Dancing Rabbit!!

Blaise Wilson And Jacob Harper are the 2020 Dancing Rabbit Co Champions. Both tied after 54 holes of the Emerald Coast Tour event at 16 under par.
They both started the event with a 65 and were co leaders after the first round. Harper had a second round 66 and was leading Wilson by two heading into the final round. Wilson was on fire as he had a 33 on the front nine to take a one shot lead over Harper heading into the back nine. Harper got hot and made three birdies to get within one of Wilson going into the final hole. A final hole bogie by Wilson allowed them to tie for the event. After deciding to split the title they were declared Co Champions of the event. Steven Setterstrom finished third at 206. Doug Barron was fourth at 208. Jonathan Keppler was fifth at 209. 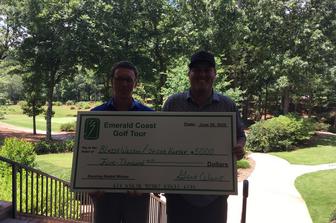 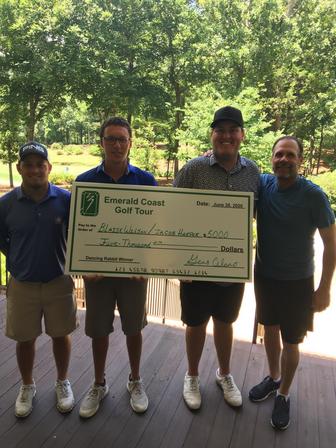