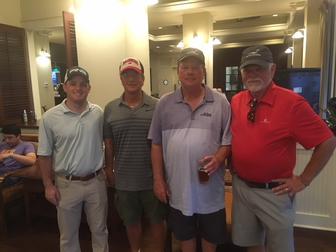 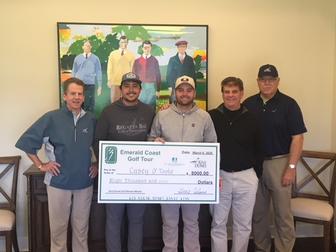 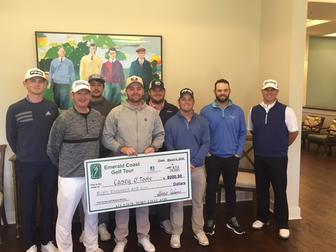 Casey O’Toole came from two strokes back to win the Emerald Coast Tour event at Kiva Dunes in the seasons Kickoff event. O’Toole had rounds of 67-73-74-214 to finish two under for the event. It was his second career victory on the Emerald Coast Tour. He started the final round two strokes behind second round leader Jacob Harper who was at six under 138. After a tough final round with very windy conditions Harper would end up in a tie for second with Caleb Maraman as he had a final round 77 to finish one under for the tournament. Maraman was the first round leader with a 65 and ended up at one under for the event at 215 to tie Harper. The tournament went down to the wire as Harper actually held the lead going into the final hole by one stroke over Maraman and O’Toole. A final hole double bogie for Harper was the difference in the tournament. O’Toole made  par on 18 and claimed the victory and the $8000 check.

The Pro Am was won by  Steven Setterstrom: Ivan Mount: Jim Reichow and Jerry Mathisrud.

Special Thanks to Herb Malone and the Orange Beach/ Gulf shores Sports Commission for their sponsorship. Also much thanks to David Watson and Mark Stillings for their help and support of the event.