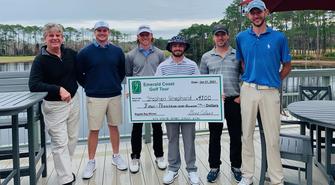 Stephen Shepard came out hot in the first round with a 63 in the Emerald Coast Tour Winter Tour event at Regatta Bay. He stayed hot with a 65-70 to shoot 16 under for the tournament. It was his second win on the Tour as he also won last winter at Regatta Bay as well. The former Huntington college golf who is from Niceville FL beat a strong field in the first event of the 2021 season.

Garrett Osborn of Birmingham AL finished second as he had rounds of 69-67-68 -204. Grady Brame of Hammond LA was third at 210. Gabe Wheeler of Sikeston MO finished fourth at 211. Michael Arnaud of Covington LA and Jonathan Keppler tied for fifth at 212. Ryan Barrouse was 7th at 213.

Thanks to Regatta Bay for hosting the event. 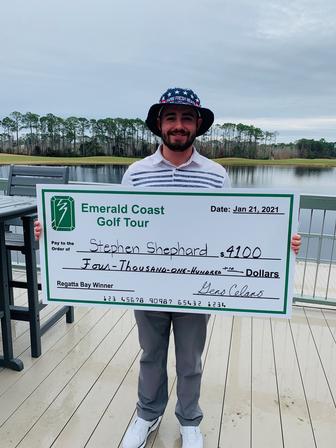