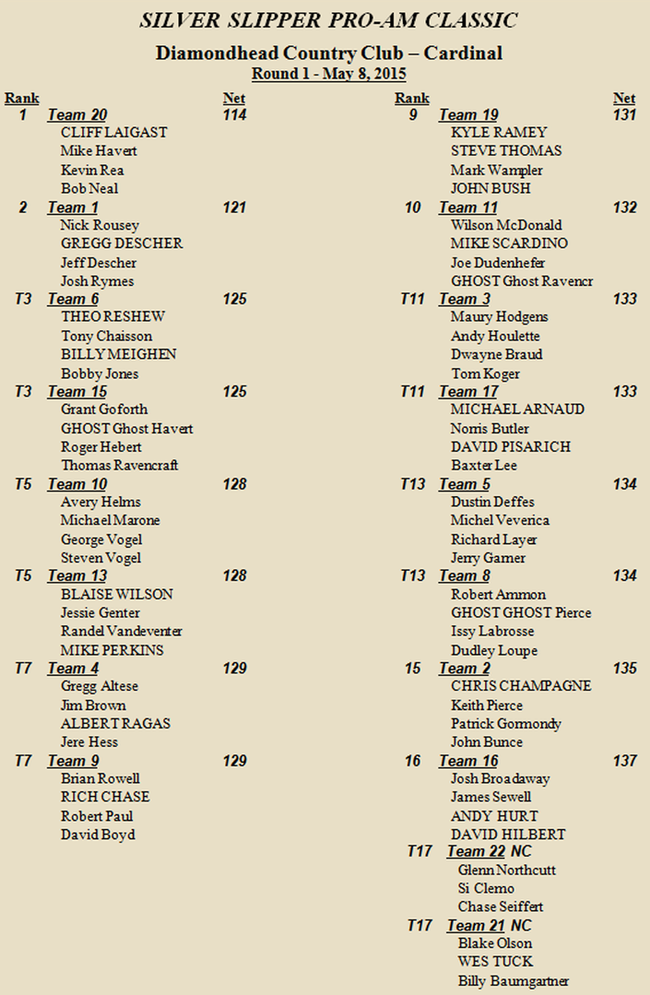 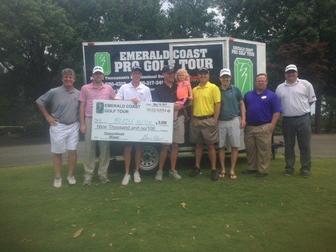 Blaise Wilson was red hot on the weekend to win the Silver Slipper Pro tournament at Diamondhead.

After an opening round 73 the Cullman AL native, blistered the course with a 63 on Friday and a final Saturday round 65. The 63 set a Diamondhead course record. Web.com player Michael Arnuad had a three shot lead going in the final round after opening with a 68-65. With a final round 70 to finish at 203 he ended up in second place. Arnuad still had a two shot lead over Wilson as both players shot 35. Wilson had a back nine of 30 which included 6 birdies to overtake Arnuad and claim the $9000 first prize. Nick Rousey finished third after a final round 65 as he finished at 207. Blake Olson and Chase Seiffert tied for fourth at 210. Seiffert had opening round of 79 but came back with 65 66 the final two rounds. Olson had rounds of 70-71-69. Glenn Northcutt was sixth at 211.

The Pro Am was won by Cliff Lagaist and Kevin Rea, Mike Havert and Bob Neal. They are from Slidell LA.

I would like to thank the Silver Slipper for their support in this fantastic event. These guys know how to put on a tournament and a great party that was enjoyed by all the players. Also much thanks to Chris Altese and Maury Hodgens and the staff at Diamondhead for their hard work in the event.